Welcome to Piraeus! A port-city with a fascinating and ancient history, vibrant, with sights worth seeing. A city that grew and gained power, becoming an important commercial, cultural and industrial center throughout the centuries. In its welcoming embrace you will find on a daily basis thousands of people travelling to the Aegean Islands and Crete, and others visiting Piraeus for food, coffee, entertainment, shopping, walks with a sea view, visits to the museums or around the neoclassical buildings that stand as irrefutable evidence of its glamorous past. Wander around Piraeus with us and discover its unforgettable charming corners that will make you visit it again and again!

Piraeus extends from the Gulf of Eleusis up to Faliro bay, opposite Salamis. Its main geographical feature is the Piraeus peninsula, on which stands Pasalimani or port of Zea, Mikrolimano (or Tourkolimano) and the hill of Castella (or hill Prophet Elias). It is located 12km southwest of the centre of Athens. The main port of Piraeus is located between Piraeus peninsula and Drapetsona. Piraeus has become a major international maritime and shipping industry centre thanks to its size, location and the very ancient relationship of Greeks with the sea. Apart from commercial trading it transports million passengers each year to the Aegean islands. In Piraeus there are important monuments, such as a part of the Long Walls of the 5th century BC, remains of ancient temples and buildings. There are also the neoclassical Municipal Theatre, industrial buildings of the early 20th century and impressive modern buildings such as the Peace & Friendship Stadium and the G.Karaiskakis Stadium. Moreover, there are several museums with the most important the Archaeological and the Hellenic Maritime Museum.
There are plenty of transportation means in service such as buses, trolleys, suburban railway, tram, metro, which for the time being the old line of the underground railway is the one available. There is going to be a new extended line of the metro, while it is also connected to the central railway network of the country.

GOING ASHORE
When you leave the cruise ship you have two choices: Either to go towards the shopping area of the city, Pasalimani and Castella, or head towards Hatzikyriakio, Piraeus Peninsula and Zea Marina.
1. To the commercial and retail centre of Piraeus Korai Square, or Pasalimani and Castella. When you leave the cruise ship, your other option is to turn left on Akti Miaouli Street and to make a right turn onto 2nd Merarchias which leads you to the Terpsithea area. Continue all the way down to Pasalimani. The seafront road, Akti Moutsopoulou Street, goes round the harbor and changes its name to Akti Kountouriotou Street. Then it takes you right above Votsalakia beach. It then changes its name once more, to Apostolou Pavlou Street, and runs through the beautiful Castella area with its elegant neoclassical buildings.
Alternatively, when you reach 2nd Merarchias you may not continue on to Pasalimani but turn left, so that you will find yourself in the main shopping area of Piraeus. Take Karaiskou Street to Korai Square and its numerous coffee shops, while admiring the renovated Piraeus Municipal Theater across the street. On Vassileos Georgiou Street there are more shops and neoclassical buildings worth seeing.
2. Hatzikyriakio, Piraiki & Zea Marina. Leaving your cruise ship, turn right onto Akti Miaouli Street and continue along the street to visit the Piraeus Lion and enjoy a coffee with a view of the Port (right at the end of Akti Miaouli Street). Alternatively, make a left turn onto Klissovis Street to reach Hatzikyriakio where you can try the excellent food served at the local taverns. Further down Hatzikyriakio Street you will find the premises of the Hellenic Naval Academy and Theotoki Street will take you to Piraiki’s seafront road. Then, you can follow the road round the sea. There are seafood taverns open here and you can admire the remains of the Cononian Walls on the famous Piraiki rocks. You can continue this route to Zea Marina and from there go on to Pasalimani

The above content is from the portal http://www.destinationpiraeus.com where you can find the best information for Piraeus.

If you need a local travel agent, contact us, to send you our preferences 🙂 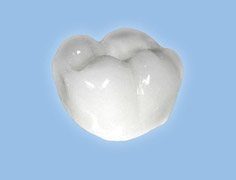 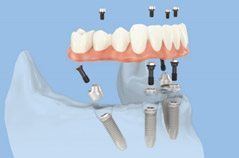 read more »
more offers »
Testimonials
“During treatment, I felt no pain at all, thanks to the dentist’s expertise. The surgery has a cozy atmosphere, the dentist and her assistant are always very nice, I no longer feel being “tortured”. With some exaggeration, I could say I would not leave the dentist’s chair. On the whole, I am most satisfied with […]
“All the treatments started on time and Dr.Klironomou is the best dentist you can find anywhere as she is very understanding and patient. The care kindness and treatment I received were such wonderful that I never think of dentistry as a scary place anymore.” Melchior R., Belgium
“The end result was perfect, even better than I expected. Should I need any treatment in future, I will certainly go back. I couldn’t recommend this clinic highly enough.” Gaétan B., France
“I only had 2 teeth filled, but everybody was very attentive and I am extremely pleased with the treatment I received.” Arturo P., Italy
“I had tooth-canal treatment and filling; I am very satisfied, the dentist did an excellent job. You have my confidence and I will be pleased to come back to you in the future.” Mayne A.,Germany
“My experience was very positive. Everything about this clinic is so professional. I was well looked after and my dentist took a real interest in my treatment making sure everything went smoothly. The end result was perfect, even better than I expected. should I need any treatment in futureIi will certainly go back. I couldn’t […]
“I went for check up with big fears as I always get shocked at dentistry. Dr.Klironomou was speaking continuously to me, what is she doing, will it be painful or not. Would have never thought that I could cherish such pleasant memories about a dental treatment. So thank you all for my pain free treatment […]
“This has been the highest standard I have experienced so far with a dentist.” Alfred S., Norway
“This has been my most pleasent trip to the dentist. Dr.Klironomou was extremely friendly, professional and great at her job. The clinic was very clean and me feel very much at East.” Creg V., London
“The clinic was professional and welcoming, I am impressed with the dentistry.” Veronica M., London